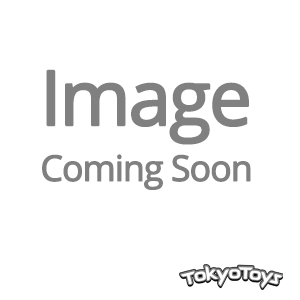 Be the first to review this product
When dancing, MANG is cooler than ever. Veiled under a mask, MANG’s true identity remains a secret. Now you can own MANG as a soft toy. MANG has the softest purple body and purple head. Collect all 8 characters: KOYA, RJ, SHOOKY, MANG, CHIMMY, TATA, COOKY, VAN. Learn about the exciting story of BT21: UNIVERSTAR BT21 Prince TATA from Planet BT, who had been traveling with VAN, crashed on Earth. In order to spread love, TATA decides to become a star. Finally, they have met six fascinating members: KOYA, RJ, SHOOKY, MANG, CHIMMY, and COOKY to make ‘BT21’, and they are dreaming of becoming the most famous star in the universe, THE UNIVERSTAR! Will BT21 become UNIVERSTAR, and spread love around?
Availability:
Out of stock
SKU
5034566613218
£22.00
Skip to the end of the images gallery

Skip to the beginning of the images gallery
Related Products
Check items to add to the cart or . Then click ADD TO CART button (Above)
Who Viewed This Also Viewed
Reviews
Write Your Own Review
Top